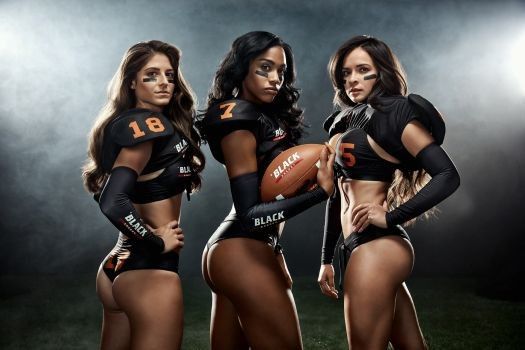 Under the slogan "Win the game", the second edition of the Energy Drink campaign Back Energy Drink (FoodCare) was launched with the participation of female players of the American Legends Football League. The campaign is being prepared by Red8Digital, A12Team, Zenith and the FoodCare marketing department.

The first edition of the campaign took off in mid-December last year. It was presented, among others, on TV, radio, press, outdoor and internet, including social media. The theme of the entire campaign was Legends Football League (LFL) - a women's football league popular in the USA and many countries around the world. Her players represent the values ​​of the Black brand - sport, energy, fight, speed, action, competition and winning. The main element of the second part of the action is a 15-second TV spot, showing a fragment of the football game. The voice of the lector says "you only have to win!". The spot is broadcasted on TVN, Polsat channels and thematic channels belonging to both stations and TVP thematic channels. Activities are also planned on the Internet, including social media. Sponsoring billboards complement the communication. On the website you can find consumer competition which started on 1st of December. After purchasing at least one can of Black energy drink and completing the task, participants will have the chance to win 6 double trips to the USA and visit iconic American cities. Additional prizes are tickets for LFL matches. The campaign will last until 28/02/2018. The agency responsible for the TV and digital spots (including competitive activation) creation is Red8Digital agency. The marketing director of FoodCare is responsible for the concept of the photo session, while the A12Team agency produced the photo session. The session photographer was Marcin Biedroń. The key visual campaign and the design of the promotional can was created in cooperation between the Red8Digital agency and the FoodCare marketing department. The media house Zenith is responsible for planning and purchasing the media. Author: jd More information: Black Energy Drink, Win the game, FoodCare, Legends Football League